Florence Memorial Gardens provided the Florence community with the first Community Mausoleum, Veterans Garden, Cremation scattering gardens and Pet Cemetery. We will continue to look for innovative ways to provide the most dignified burial options at the most affordable prices. 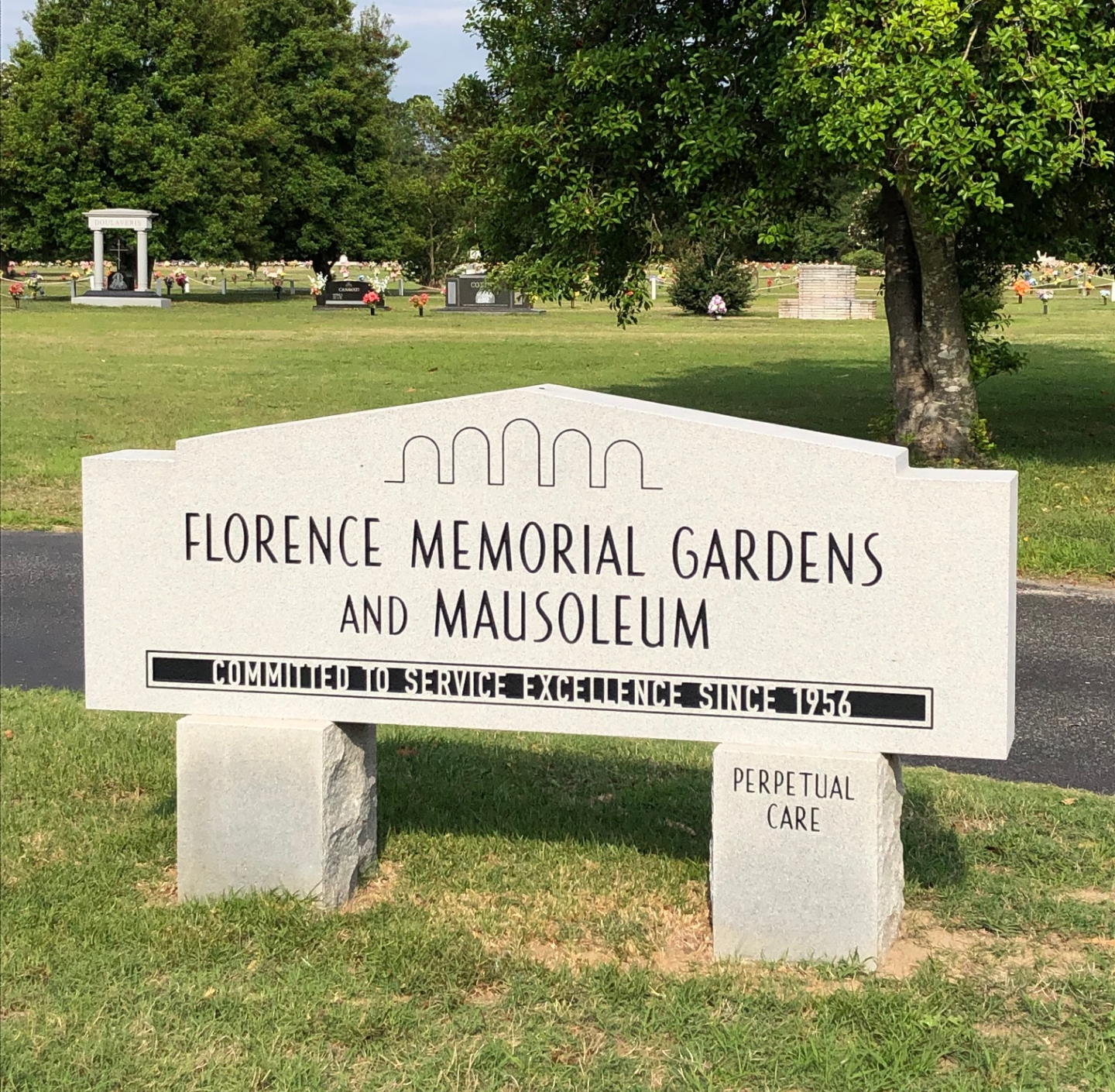 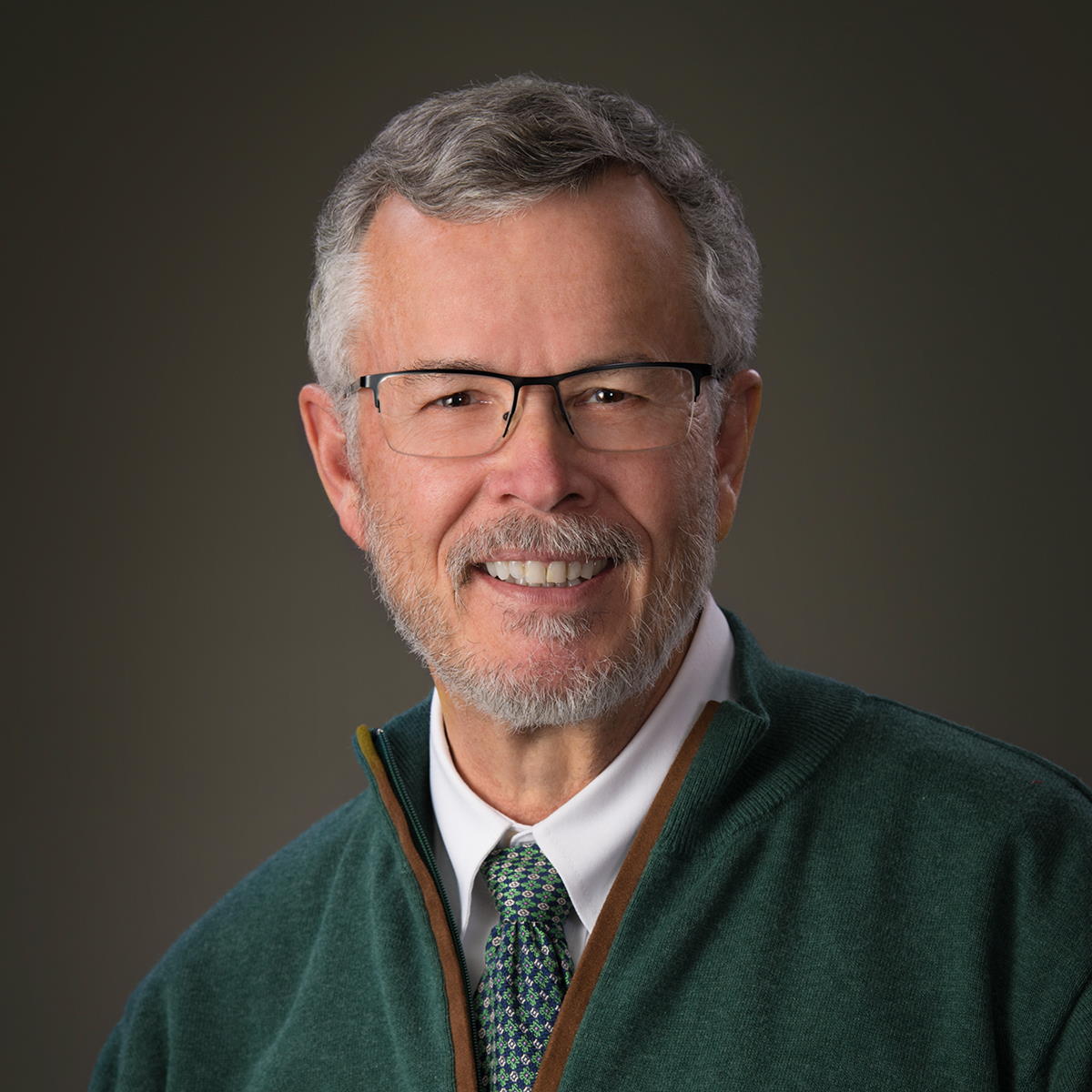 DAVID BROWN has spent a total of 29 years serving families in the cemetery industry. His career began in 1992 at Florence Memorial Gardens where he spent 2 years. It was during this time he realized that this was more than a job, but a calling to help families and loved ones in their most difficult times. After time spent in Hartsville, South Carolina with Westview Cemetery, he made the move to Bloomington, Illinois to work with Eastlawn Cemetery and Funeral Home, before returning “home” to Florence Memorial Gardens in 1995. In 2008 David was blessed with the ability to purchase Florence Memorial Gardens. He has continued to work towards excellence in service and care for families. Along with being the Owner/Manager of Florence Memorial Gardens, David is an associate board member of the South Carolina Cemetery Association and was appointed in 2020 by Governor Henry McMaster to the South Carolina Labor License and Review Cemetery Board. In addition to the SCCA and LLR Cemetery Board, David is also a member of the International Cemetery Cremation Funeral Association. He also serves his community through Rotary International and the Missions Ministry at his church.

RANDY TANNER has 44 years of experience serving families and loved ones in the funeral services setting. His career began in 1977 at Water’s Funeral Home as an apprentice.  Randy went on to attend Fayetteville Technical Institute earning his Associate Degree in Funeral Service and his licensure as a Funeral Director and Embalmer.  Randy later transitioned to assist the owner of a local burial vault manufacturer before joining Florence Memorial Gardens in 2013. He now serves as our Manager of Family Services. Through his extensive experience he is fully equipped to help families navigate the path to insure the highest professional and personal standards of care during the most challenging of times. 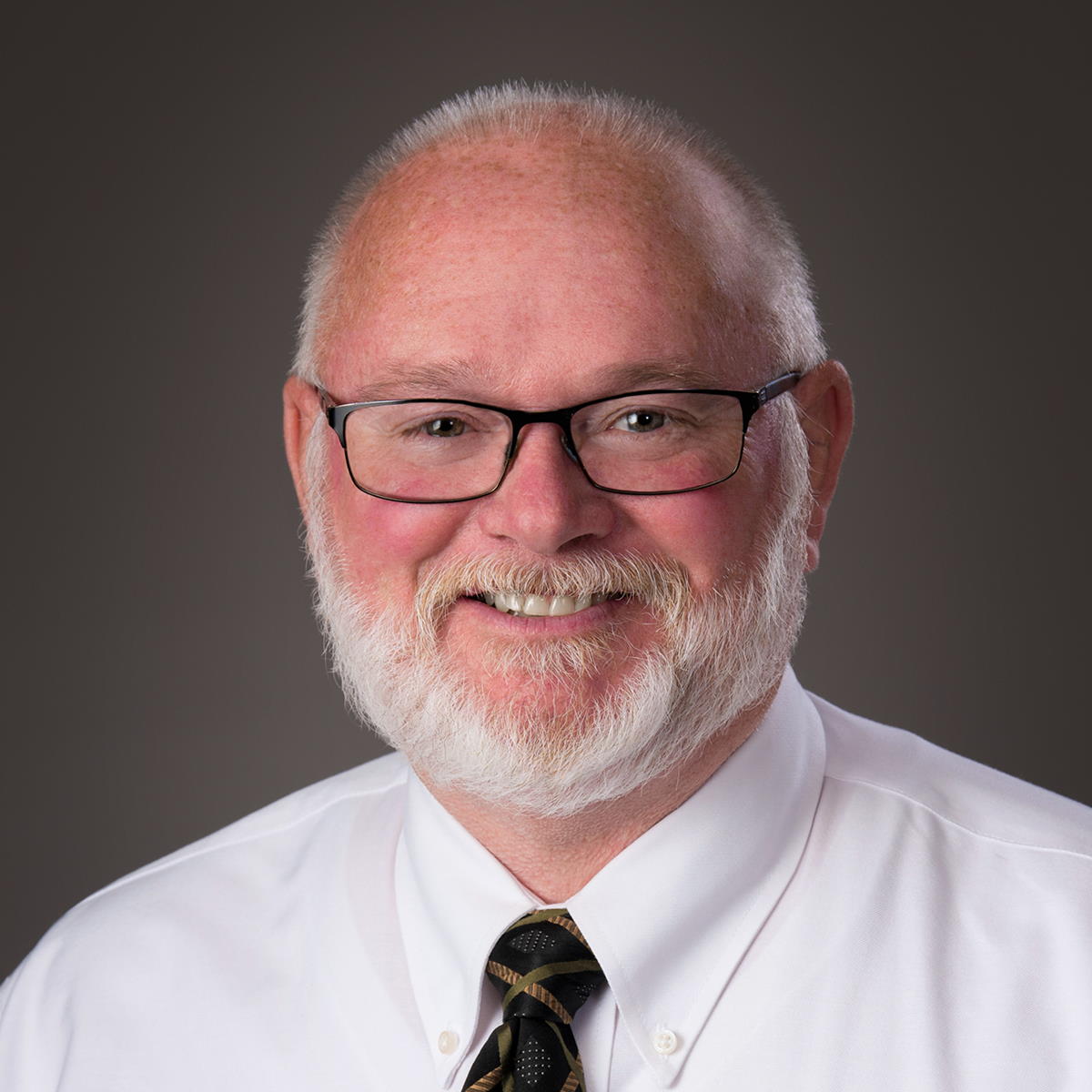 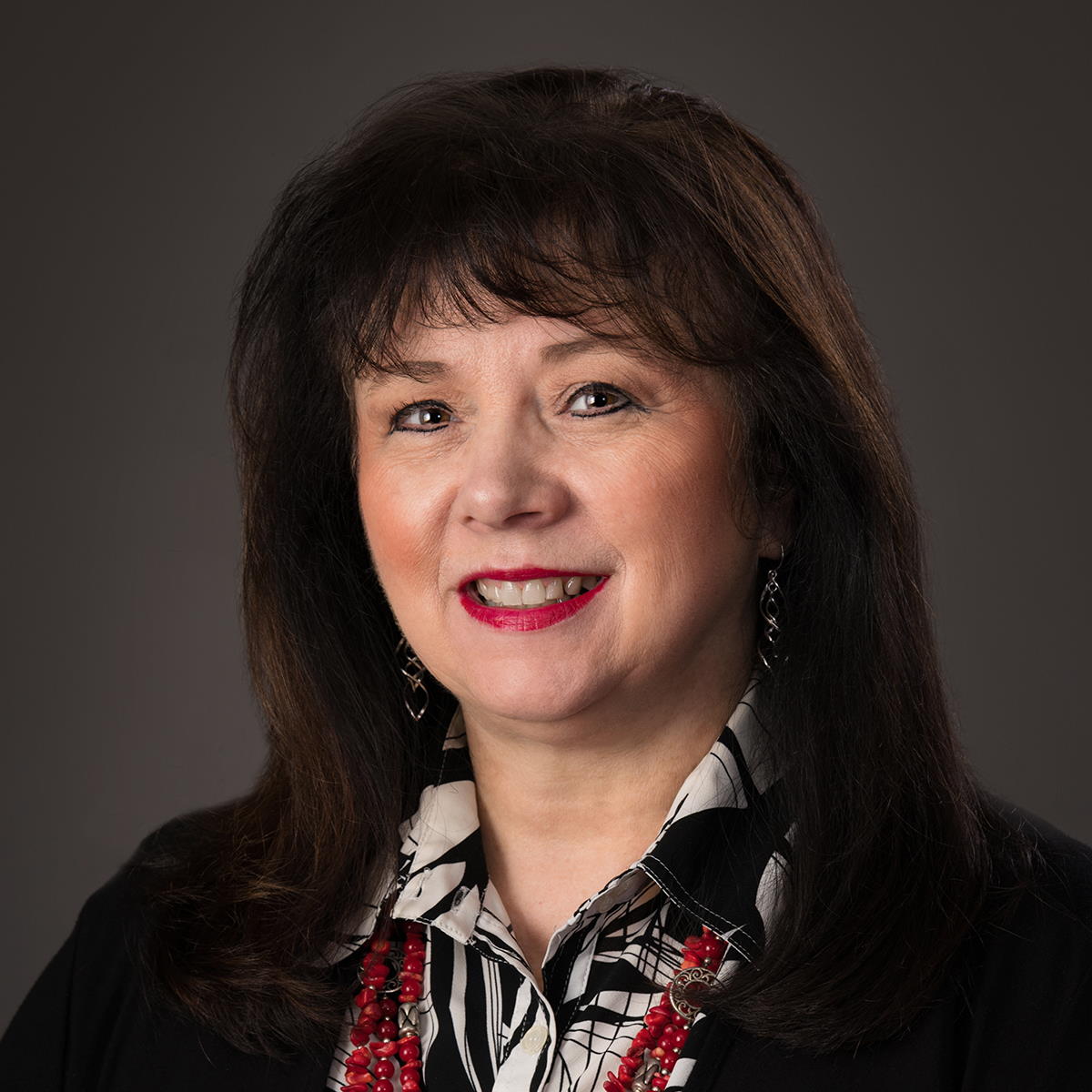 TYLER, BRANDON, AND TIM have a combined 39 years of cemetery experience. Tim began working with Florence Memorial Gardens in 1993 and is trained in all facets of cemetery maintenance. Brandon began in 2010 and has also learned what it takes to maintain the cemetery as well as all of it’s equipment, from diesel mowers and tractors to our new robot mowers, the Goats. Tyler came on staff in 2020 and has been eager to learn and service the cemetery as well. 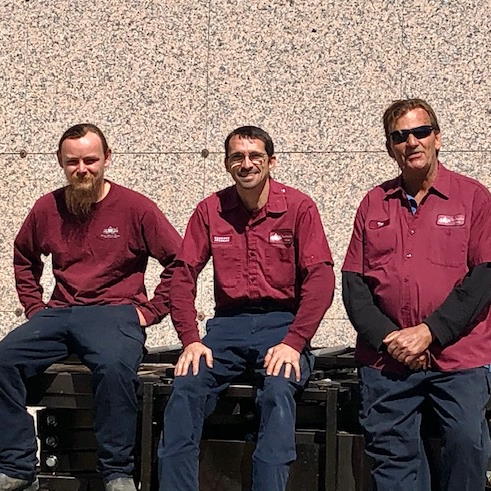 In October of 1956, Mr. Conner D. Stoudenmire, Mr. F. Howard Deberry and Mr. James H. Watts began Florence Memorial Gardens as an alternative to the other traditional burial grounds in the community. As a prominent funeral director in town, Mr. Stoudenmire saw the need and the opportunity to better serve his clientele by providing a cost efficient alternative to the only other cemetery in town. Through review of trade magazines and in talking with other cemetery owners, Mr. Stoudenmire planned his cemetery to be the most modern in the area, making use of the new “Memorial Park” design. This new design along with lower prices would attract many customers to this new cemetery.

The Memorial Park design is based on using flat bronze plaques on stone base, so that maintenance will be much easier and less expensive. What the families got was a much more serene, “park-like” atmosphere, when they came to visit their loved ones. They saw that the plaque next to their loved ones was not ten times bigger than theirs, making their family look somehow poorer. They saw well maintained grounds without monuments tilting and falling over. They were actually able to place a marker on the grave without having to wait a year for the ground to settle. The use of burial vaults also enhanced the look of the cemetery.

Burial vaults are required by the South Carolina Perpetual Care Cemetery Board, to hold up the dirt and keep the graves from caving in, as a result of the tremendous wait of the dirt and heavy equipment that would go over the grave. This kept the cemetery grounds looking even, rather than the old mounds of dirt placed on top of the caskets alone. Florence Memorial Gardens offers several varying types of burial vaults to fit any budget. When we provide the vault we eliminate the need to purchase one from a funeral home at the time of death. This usually saves families a substantial amount of money and added grief.

The Cemetery Boards are our State regulators, that license and oversee the operations of the cemeteries within their state. They were put into effect because even though a cemetery owner said they had Perpetual Care; they didn’t always live up to their promise. The Perpetual Care program was begun by the American Cemetery Association, a nationwide group of cemetery owners and managers, to provide for the future care and maintenance of a cemetery. They reasoned that if they would put a portion of money for every grave space they sold into a trust fund, without ever taking any of that principal away, then the interest off of the fund could support the maintenance of the cemetery, once the cemetery was sold out. That program has not changed in many years; and is responsible for the money that provides much of the maintenance in today’s cemeteries.

In the middle 1950’s, another group of cemeterians decide to market a new concept in the industry, Community Mausoleums. This company, Gibraltar Mausoleum Corporation, refined their process to setting up a sales organization within a cemetery and preselling a community mausoleum on behalf of the cemetery owner. Once the building was a little over halfway sold, Gibraltar would build the building and split the profits with the cemetery owner. This was a great enhancement for the owner. A community mausoleum could entomb ten thousand caskets per acre, while ground burial would only allow for one thousand burials per acre. The families were given the opportunity to purchase anywhere in the building and pay much lower costs that the traditional ground burial, because the cost of the building was spread over many chambers. This now gave average families the ability to afford a type of burial that was once limited to the very wealthy.

In the early 1980’s Gibraltar Mausoleum Corporation contacted Mr. Stoudenmire with their program. The deal was set and the sales people were brought in to professionally educate the public on the procedures and benefits of a Community Mausoleum. In 1985, the first Chapel was built, far above the normal industry standards. Mr. Stoudenmire wanted this Chapel Mausoleum to be a showplace for other cemeteries to admire and families to be proud of. The Community Mausoleum Concept was very well received in the community. The crypts sold very quickly, to people that never wanted to be “put under the dirt”.

Mr. Stoudenmire’s health began to fail; and he sold the cemetery to one of the sales people that worked for Gibraltar. After a short stint as owner, she sold the cemetery to Gibraltar. The Florence community was so receptive to this burial concept that Gibraltar decided to expand the already oversize mausoleum to triple it’s size. They enclosed the outside chambers and added two more buildings, one on each side of the original chapel. That was 1989. In1990, another building project was started to offer “outside only” mausoleum crypts. The first outside building was built in 1994 and the second in 1997. Today, the mausoleum buildings are, again, almost sold out; and a new project will need to begin soon.

With this professional education and marketing program in place over the last 35 years, Florence Memorial Gardens has taken over as the leading cemetery in the area. We consistently care for more families each year than does our closest competitor. Additional space sales are derived from the families that use our cemetery. Because more families use our cemetery now, more families will purchase from our cemetery now and in the future; as long as we care for the needs of the community. Please call us to see how we can provide for your family’s future needs.

Office Hours
Monday through Friday 9:00a – 5:00p
Other days by appointment